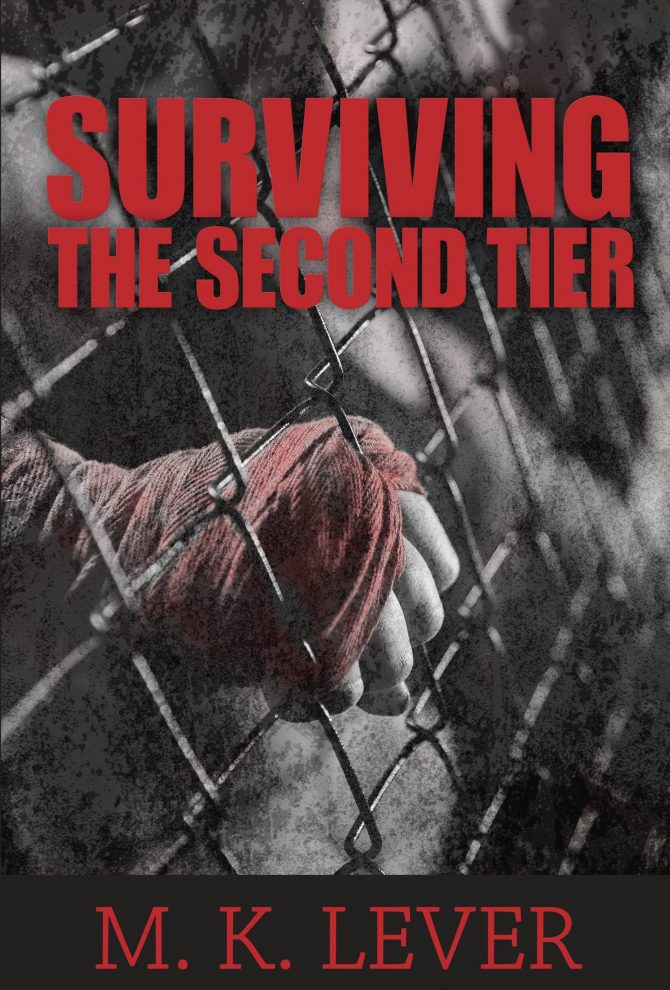 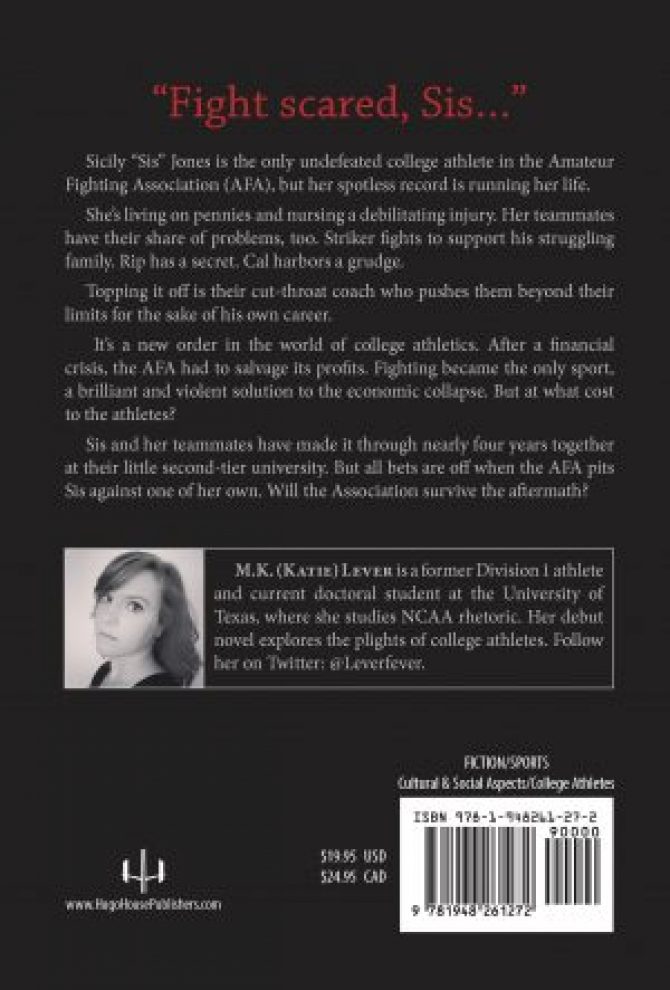 “Sicily “Sis” Jones is the only undefeated college athlete in the Amateur Fighting Association (AFA),

but her spotless record is running her life. She’s living on pennies and nursing a debilitating injury. Her teammates have their share of struggles, too. Striker fights to support his struggling family. Rip has a secret. Cal harbors a grudge.

Topping it off is their cut-throat coach who pushes them beyond their limits for the sake of his own career.

It’s a new order in the world of college athletics. After a financial crisis, the AFA had to salvage its profits. Fighting became the only sport, a brilliant and violent solution to the economic collapse. But at what cost to the athletes?

Sis and her teammates have made it through nearly four years together at their little second-tier university. But all bets are off when the AFA puts Sis against one of her own. Will the Association survive the aftermath?”

M.K. Lever is a former Division 1 NCAA athlete and current Ph. D student at the University of Texas at Austin, where she studies NCAA rhetoric and teaches Communication classes. Her debut novel explores the plights of college athletes at every level of collegiate competition.

1 review for Surviving the Second Tier

Emerging from the Trenches