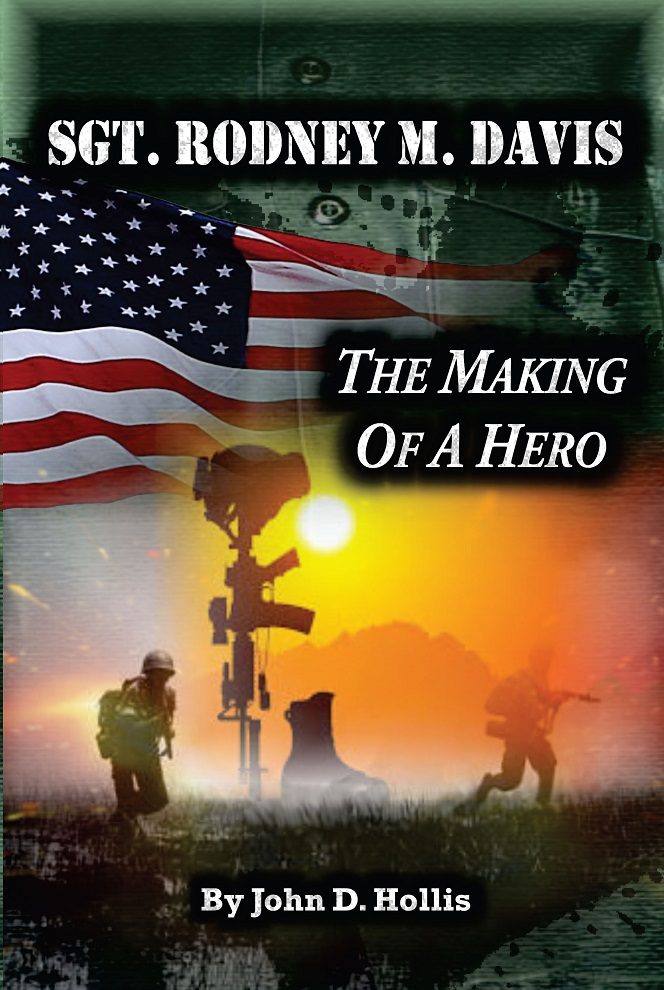 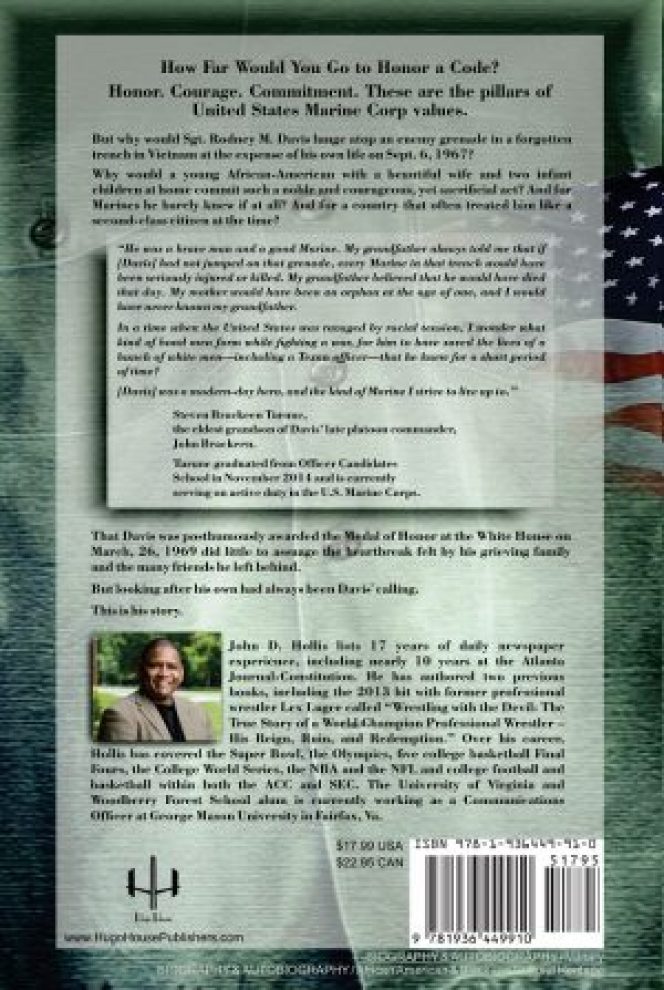 SGT. RODNEY M. DAVIS “The Making of a Hero”

How Far Would You Go to Honor a Code?

Honor. Courage. Commitment. These are the pillars of United States Marine Corps values.

So why Sgt. Rodney M. Davis lunged atop that enemy grenade at the expense of his own life on Sept. 6, 1967 is the quintessential question that has haunted not only those who stood closest to him at that critical moment, but his own family and friends for over fifty years now.

Why would a young African-American with a beautiful wife and two infant children eagerly awaiting his return home from Vietnam commit such a noble and courageous, yet sacrificial act? And for Marines he barely knew if at all? And for a country that often treated him like a second-class citizen at the time?

In a time when the United States was ravaged by racial tension, I wonder what kind of bond men form while fighting a war, for him to have saved the lives of a bunch of white men – including a Texan officer – that he knew for a short period of time?

[Davis] was a modern-day hero, and the kind of Marine I strive to live up to.”

That Davis was posthumously awarded the Medal of Honor at the White House on March, 26, 1969 did little to assuage the heartbreak felt by his grieving family and the many friends he left behind.

But looking after his own had always been Davis’ calling.

This is his story.

STATEMENTS FROM THE OFFICIAL MEDAL OF HONOR INVESTIGATION INTO SGT. RODNEY M. DAVIS

“On 6 September 1967, we were engaged with the enemy when they outflanked us on all the sides. We pulled back and regrouped in a trench surrounding a bomb crater. There were about seven people in a 20-foot in this trench when the enemy started their advance. We were putting out a base of fire when we started to receive incoming grenades when one grenade landed about eight feet to my right on the other side of Lance Corporal

[Lonnie] Hinshaw. Lance Corporal Hinshaw jumped from the trench to safety, but failed to mention the presence of the grenade to anyone. At this time, Sgt. Davis saw the danger to himself and the rest of the Marines in the area. He threw himself intentionally on this grenade and sacrificed his life to save the men in the trench. I believe he should receive this award for service above and beyond the call of duty. Myself, my platoon commander and Lance Corporal Hinshaw are alive today because of Sgt. Davis’ act of heroism.” Lance Corporal Gregory G. Crandall (USMC)

“On 6 September 1967, I witnessed the actions of Sergeant Davis while on Operation Swift. My platoon was pinned down around a bomb crater when the NVA started attacking our position with heavy automatic fire. Sgt. Davis effectively directed his men’s fire to stave off the attacking enemy. The enemy again assaulted our position, this time getting within hand grenade range. I believe there were about four [grenades] thrown at us, three of them landed outside the trench, the other one hit me in the leg and fell into the trench as I rolled out of the trench. At this time, Sergeant Davis saw the hand grenade and the danger to the men left in the trench. Sergeant Davis, seeing the grenade, dropped down on it, using his body to protect the other men in the trench from the explosion. I feel that he knew what he was doing and gave his life to save the five lives of his fellow Marines. I am alive today due to his actions.” Lance Corporal Lonnie R. Hinshaw (USMC)

John D. Hollis lists 17 years of daily newspaper experience, including nearly 10 years at the Atlanta Journal-Constitution, where he covered college football and basketball, the Atlanta Hawks, the Atlanta Falcons and high schools. He has authored two previous books, including the 2013 hit with former professional wrestler Lex Luger called “Wrestling with the Devil: The True Story of a World Champion Professional Wrestler – His Reign, Ruin, and Redemption.”

Over his career, Hollis has covered the Super Bowl, the Olympics, five college basketball Final Fours, the College World Series, the NBA and the NFL among other things and served as a daily beat writer covering college football and basketball within both the ACC and SEC. The University of Virginia and Woodberry Forest School alum is currently working as a Communications Officer at George Mason University in Fairfax, Va.

He currently lives in Atlanta with his wife Regina and their son Davis.

Be the first to review “SGT. RODNEY M. DAVIS “The Making of a Hero””

“We who are Marines hold such men in awe. For those who would judge the United States Marine Corps by the actions of a few, I would have them look at Rodney M. Davis, who served so honorably with the greatest of sacrifice.” – Lt. Gen. Frank E. Petersen (USMC, Retired), the Marine Corps’ first African-American aviator and the USMC’s first African-American general, while speaking of the dedication of the USS Rodney M. Davis in 1987. “I don’t know how such men as Sgt. Davis can perform such acts of heroism, but I do know that I will never learn how to bury such warriors. As we honor such men today, we do so humbly. They are truly America’s heroes.”

“John Hollis has crafted a powerful and well-written tale of honor, courage and commitment. This thoughtful examination of the life and death of Sgt. Rodney M. Davis provides us a glimpse into the life of an exemplary Marine and a true hero who died as nobly as he lived.”
Lt. Gen. Frank E. Petersen (USMC, Retired), the Marine Corps’ first African-American aviator and the USMC’s first African-American general

“He saved my ass. He saved my life, and there’s not a day that goes by when I don’t think about Sgt. Davis.” – said Marine Vietnam veteran and Operation Swift survivor Randy Leedom, referring to Sgt. Rodney M. Davis.

“Without men like Sergeant Davis, the citizens of our great country would not enjoy the freedoms which so many take for granted.”
U.S. Senator Johnny Isakson (R-Ga.), in a letter dated Nov. 16, 2012

Common Sense is NOT Common Practice