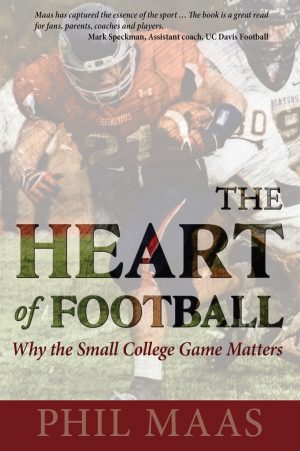 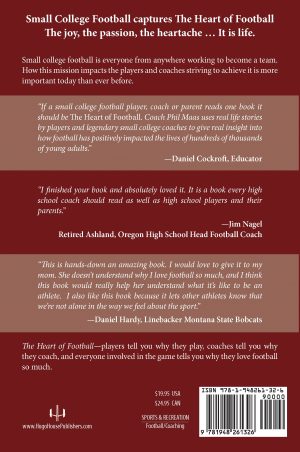 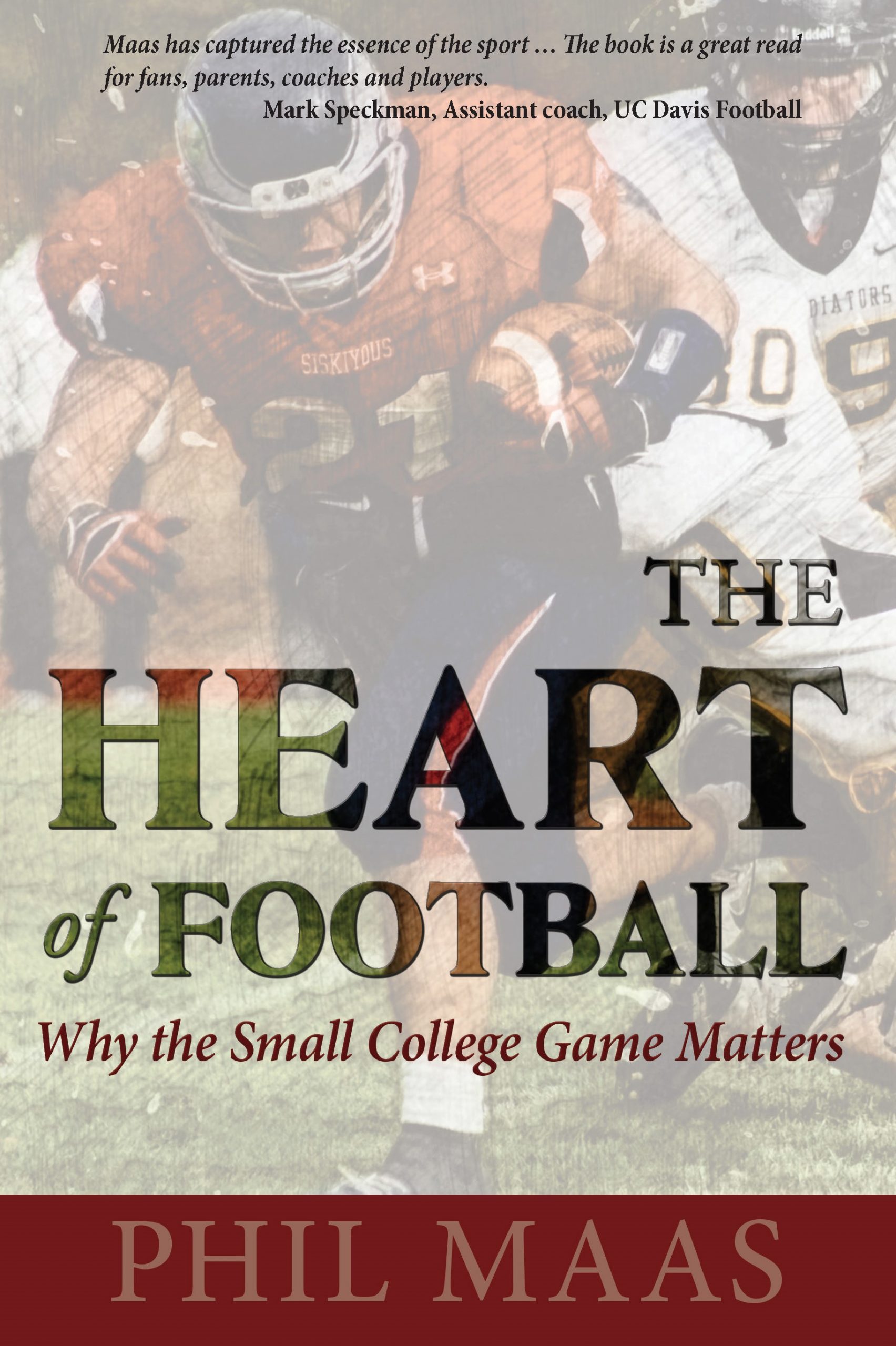 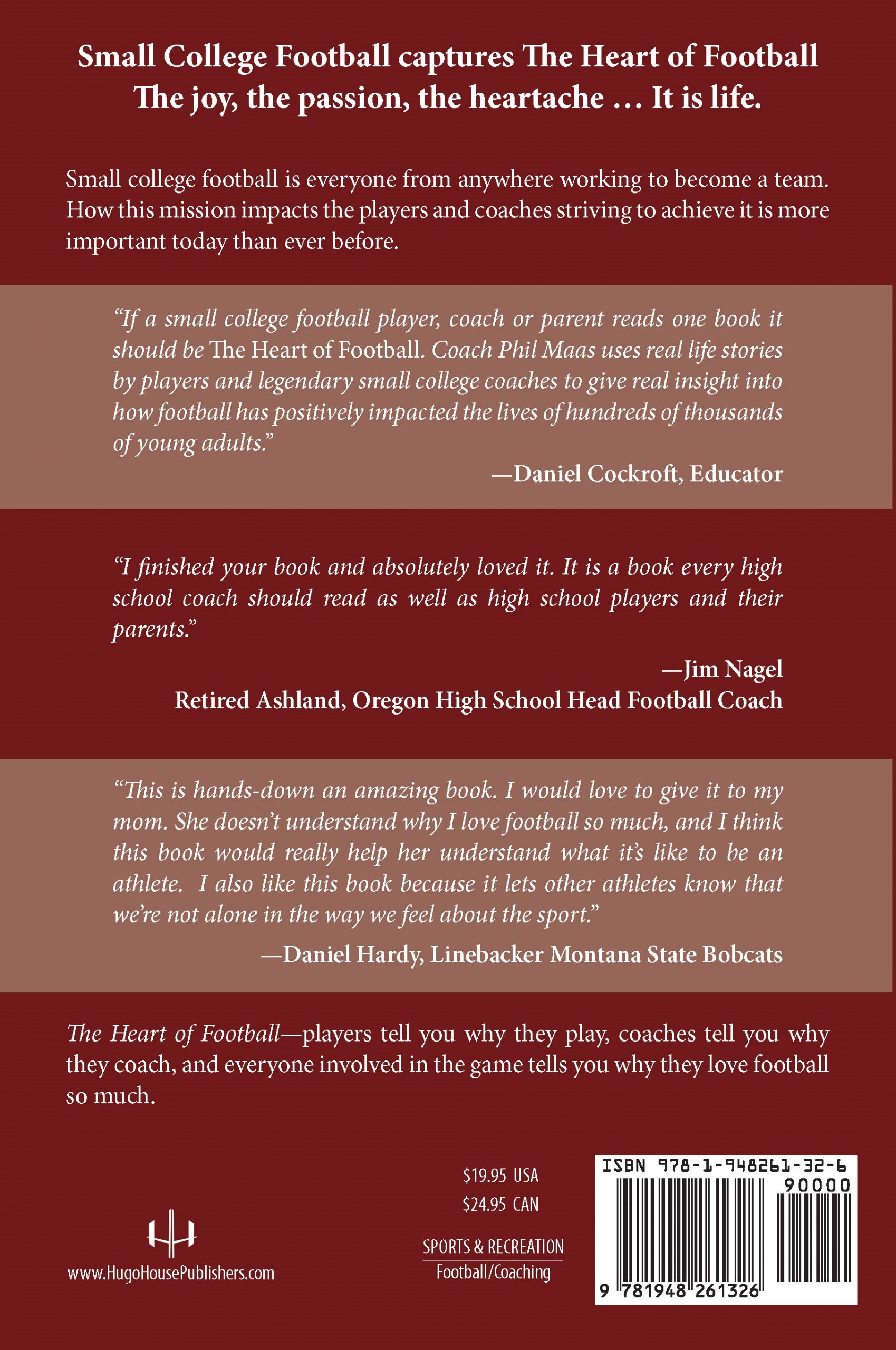 Small College Football captures The Heart of Football, the joy, the passion, the heartache … It is life.

Small college football is everyone from anywhere working to become a team. How this mission impacts the players and coaches striving to achieve it is more important today than ever before.

Title: The Heart of Football: Why the Small College Game Matters

Phil Maas graduated from University High School in Los Angeles in February of 1963 and went to the University of Washington from the spring of ‘63 through the spring of ‘64. He transferred to UC Santa Barbara in the fall of ‘64 and received both a BA and a MA in Physical Education and Kinesiology from there. Here’s his story:

“I went into the Peace Corp in June of 1967. I lived in Valera, Venezuela for two years where I worked in recreation and physical education programs and coached basketball and track and field. I met my wife Justina in 1968, and we were married in 1971. To this day I consider my two years in Venezuela the most valuable period of my life. Not only did I learn about a foreign culture, meet my wife of nearly fifty years, but I also learned a lot about myself. In addition, our Peace Corp group has stayed together with frequent reunions and near constant contact to this day. These great friends of mine are a real source of strength for Tina and me.

My first teaching job was at Coachella Valley High School in Thermal, California. They hired me because I was fluent in Spanish. When they learned that I’d played football in high school and college, they asked me to coach the freshman team. I didn’t know it at the time, but my love affair with coaching would grow from the first day some kid called me “coach,” to this day, some fifty years later, when The Heart of Football is to be published.

During my teaching career, I have taught all sorts of classes from bi-lingual

math and algebra to world history. For many years I was the Spanish

Department Chairperson at Siskiyous. We did Spanish-abroad classes to

summers. I consider myself extremely fortunate to have visited all of these

beautiful places and to have gotten to know so many wonderful people along the way.

During those fifty years I have coached at two high schools, two junior colleges, and one team in Europe. I coached at Coachella Valley High School, North Monterey County High School, College of the Desert, College of the Siskiyous, all in California, and The Graz Giants, in Graz, Austria. For some reason I can’t quite explain, I’ve always lived on the outer edges of life. I’ve lived in Indio, Prunedale, and Weed, all places in California that nobody has heard of, and coached at those institutions mentioned above, which are equally unknown, but I’ve loved every moment of it.

My family has always been my greatest source of strength. My wife, Justina, and my sons, Kevin and Shannon are the rocks in my life. My grandchildren Naomi, Maya, Ameera, Avery, and Isabelle give me hope for the future because of their unbridled love of life.

Be the first to review “The Heart of Football: Why the Small College Game Matters” Cancel reply

"If a small college football player, coach or parent reads one book it should be the Heart of Football. Coach Phil Maas uses real life stories by players and legendary small college coaches to give real insight into how football has positively impacted the lives of hundreds of thousands of young adults."

"I finished your book and absolutely loved it. It is a book every high school coach should read as well as high school players and their parents."

"This is hands-down an amazing book. I would love to give it to my mom. She doesn't understand why I love football so much, and I think this book would really help her understand what it's like to be an athlete. I also like this book because it lets other athletes know that we're not alone in the way we feel about the sport."