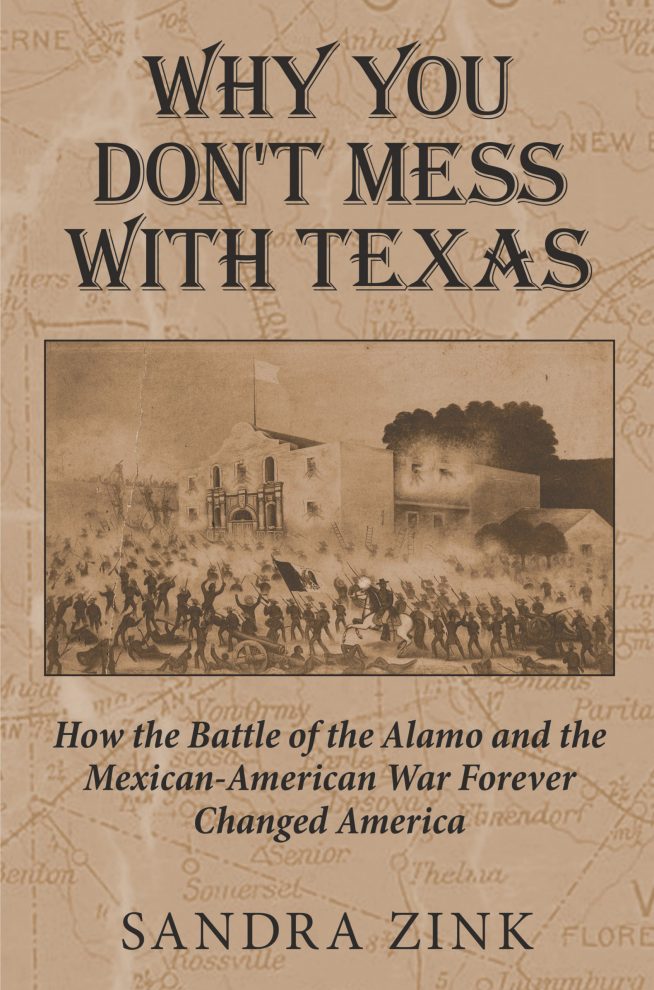 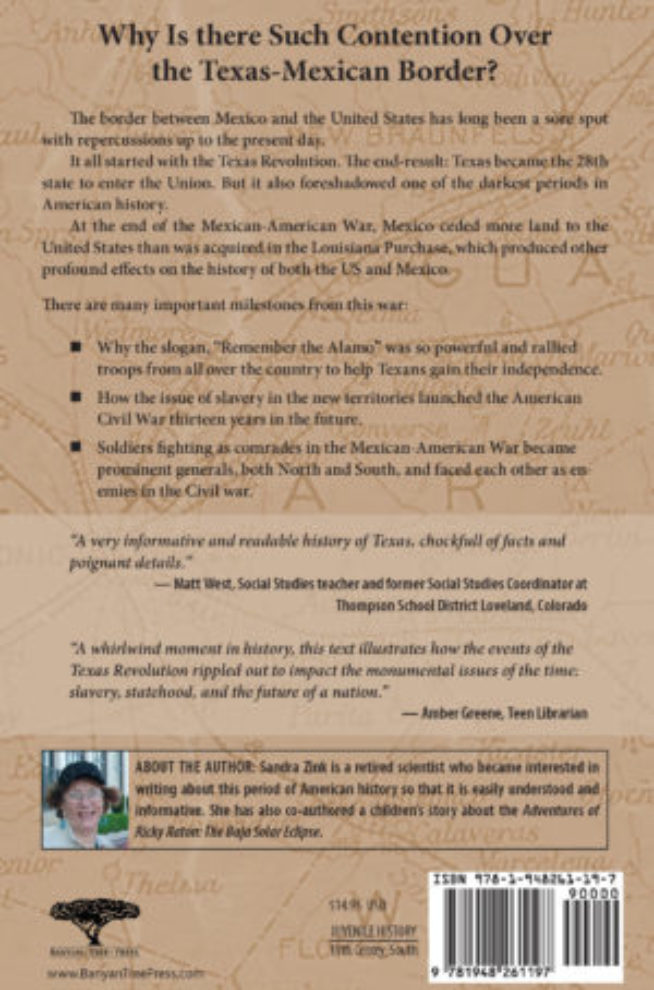 Why You Don’t Mess With Texas

Why Is there Such Contention Over the Texas-Mexican Border?

The border between Mexico and the United States has long been a sore spot with repercussions up to the present day.

It all started with the Texas Revolution. The end-result: Texas became the 28th state to enter the Union. But it also foreshadowed one of the darkest periods in American history.

At the end of the Mexican-American War, Mexico ceded more land to the United States than was acquired in the Louisiana Purchase, which produced other profound effects on the history of both the US and Mexico.

There are many important milestones from this war:

Title: Why You Don’t Mess With Texas: How the Battle of the Alamo and the Mexican-
American War Forever Changed America
Author: Sandra Rose Zink

Sandra Zink is a retired scientist who became interested in writing about this period of American history so that it is easily understood and informative. She has also co-authored a children’s story about the Adventures of Ricky Raton: The Baja Solar Eclipse.

" Zink's history of Texas is developed with the perfect blend of contextual backdrop, bullet-list timelines, beautiful illustrations, and sufficient granularity to engage the senses. It is the "Cliff Notes" of Texas, and more. Sandra beautifully weaves together American and Mexican history to tell the story of Texas. Shockingly for this reader, I learned that America won the southwest U.S. from Mexico in war, and then paid Mexico as much as was paid to France for the Louisiana purchase to acquire the conquered lands. More shockingly still, the Mexican-American war resulted in Mexico losing ALL of its lands to the U.S. An American flag flew over the Mexican capital for almost six months before the conquering army returned all of Mexico's territory south of the Rio Grande. Thank you for a great read, Sandra Zink!"

“A whirlwind moment in history, this text illustrates how the events of the Texas Revolution rippled out to impact the monumental issues of the time: slavery, statehood, and the future of a nation.”
— Amber Greene, Teen Librarian