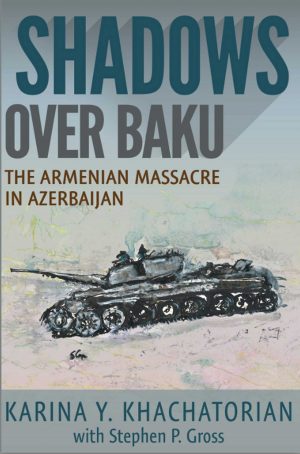 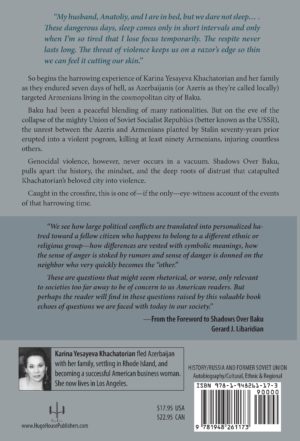 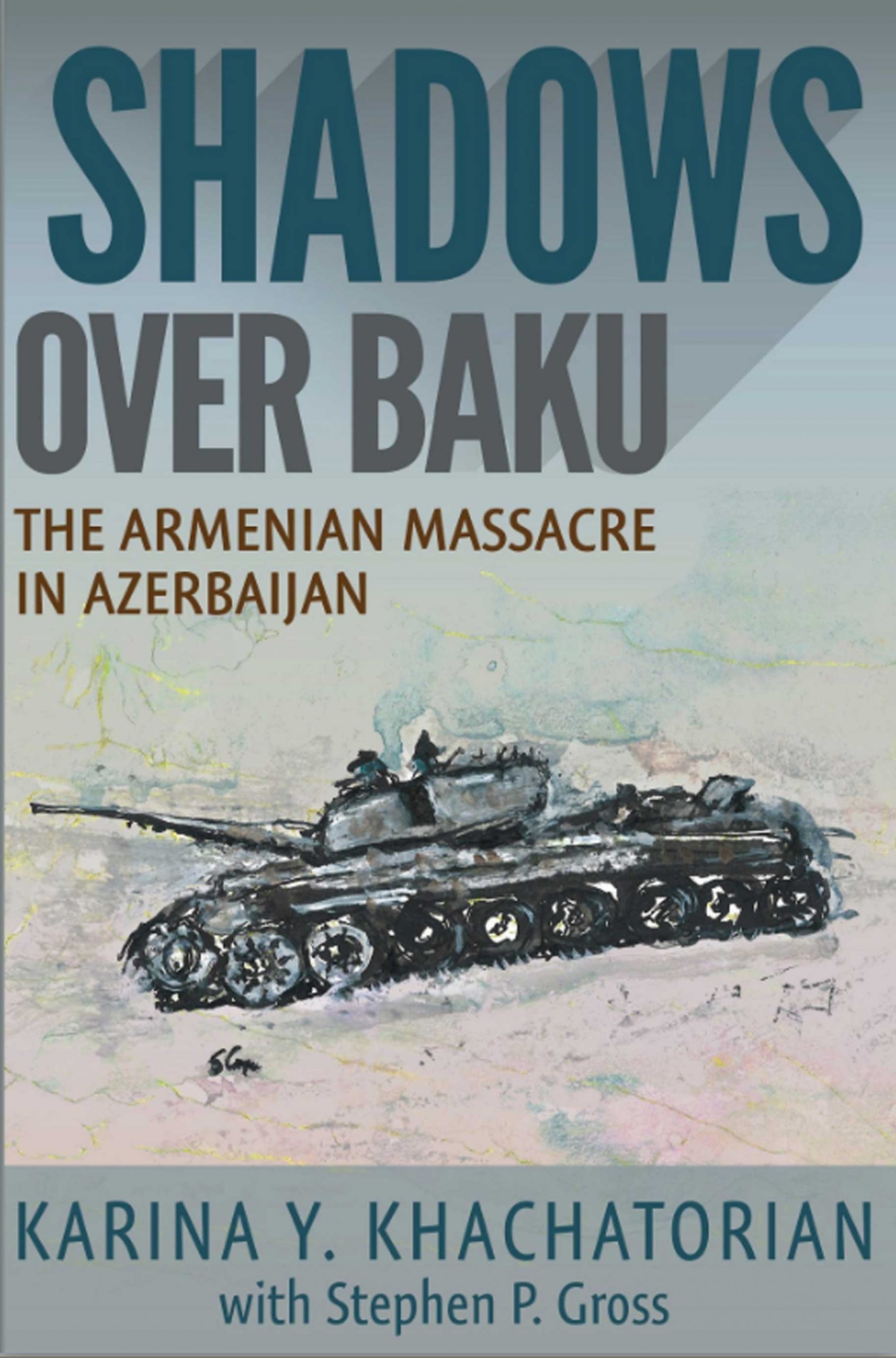 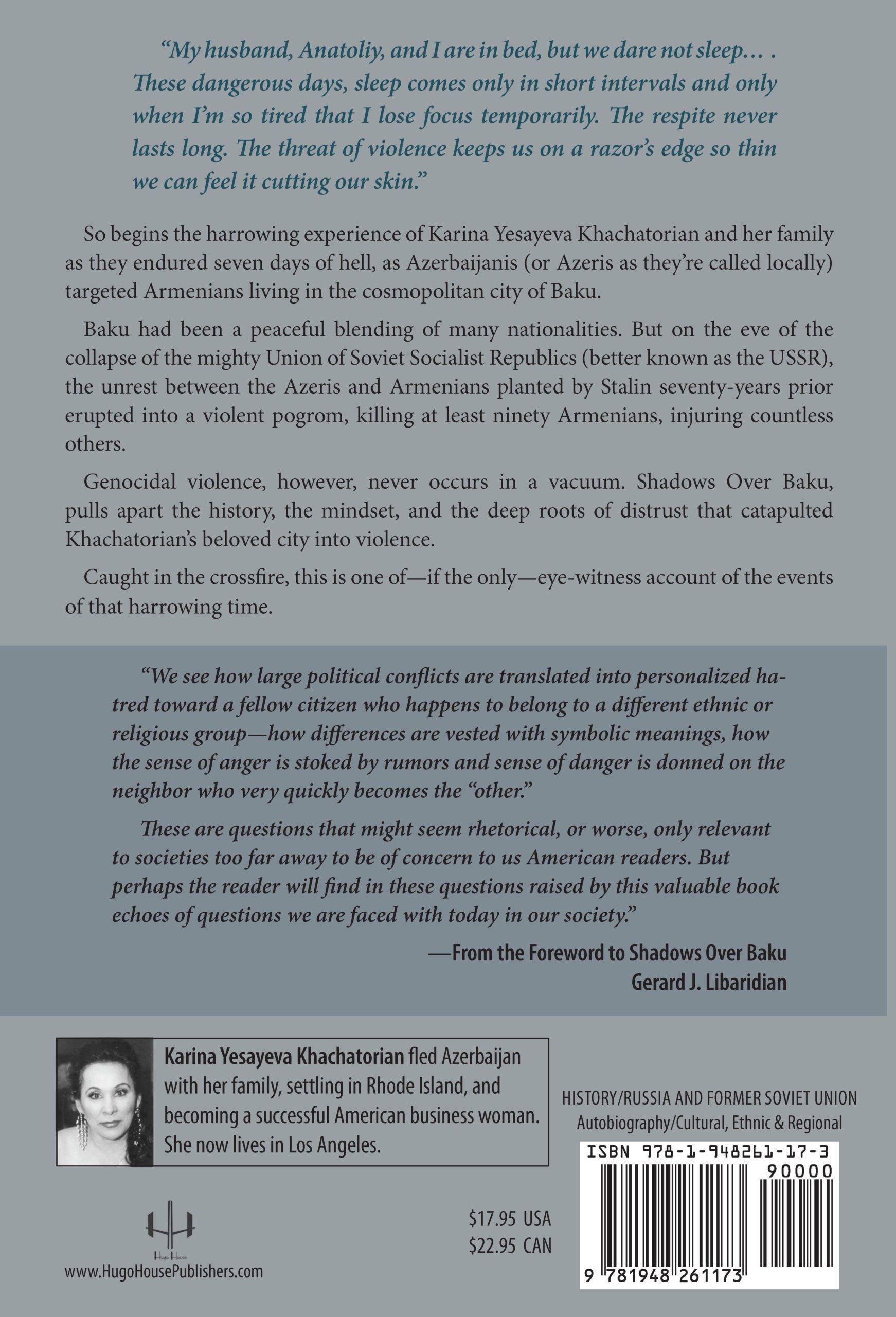 “My husband, Anatoliy, and I are in bed, but we dare not sleep…These dangerous days, sleep comes only in short intervals and only when I’m so tired that I lose focus temporarily. The respite never lasts long. The threat of violence keeps us on a razor’s edge so thin we can feel it cutting our skin.”

So begins the harrowing experience of Karina Yesayeva Khachatorian and her family as they endured seven days of hell, as Azerbaijanis (or Azeris as they’re called locally) targeted Armenians living in the cosmopolitan city of Baku.

Baku had been a peaceful blending of many nationalities. But on the eve of the collapse of the mighty Union of Soviet Socialist Republics (better known as the USSR), the unrest between the Azeris and Armenians planted by Stalin seventy-years prior erupted into a violent pogrom, killing at least ninety Armenians, injuring countless others.

Genocidal violence, however, never occurs in a vacuum. Shadows Over Baku pulls apart the history, the mindset, and the deep roots of distrust that catapulted Khachatorian’s beloved city into violence.

Caught in the crossfire, this is one of—if the only—eye-witness account of the events of that harrowing time.

Be the first to review “Shadows Over Baku” Cancel reply