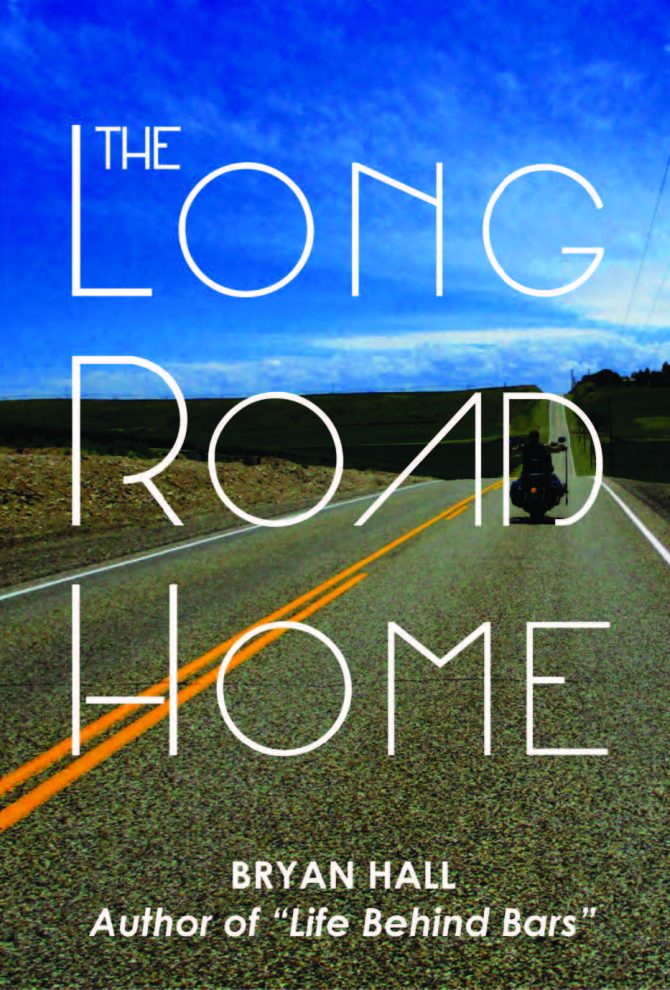 The saying is a mantra for those who live, breathe and obsess over their motorcycles. Bryan

Hall got his first motorcycle license at age 18 on a friend’s Vespa motor scooter, and has never

looked back. Over the past 46 years, he has owned seven motorcycles, including five Harleys,

“The Long Road Home” tells of a near-fatal crash in 2016, followed by years of legal wrangling

and his stubborn refusal to give up riding. A fitting follow-up to his 2013 “Life Behind Bars.”

Bryan weaves an enthralling and emotional tale of his return to the road he loves.

“The Long Road Home” is a refreshing, intimate and inspirational memoir. It’s

engaging travel literature. (He covers so much of the United States.) It’s jam packed

United States and Freedom and the Liberty to choose our own paths. Yes. It’s all

Bryan Hall was born and raised near Portland, Oregon; and has

lived in Oregon, Montana, Washington and Idaho. Born with a

terminal case of wanderlust, he has ridden his motorcycle all over the

United States, Alaska and parts of Canada; and has traveled to Mexico

and the Caribbean. He currently rides a 2018 Harley-Davidson Road

King and is on the road every chance he gets. His book, Life Behind

Bars, was published in 2013. He has written for numerous motorcycle

magazines, as well as his own website, hiwayflyer.com. In 2020 he

launched his own You Tube channel, hiwayflyer. He is the proud

father of two grown daughters, one granddaughter, and four granddogs.

You can contact Bryan by writing to him at hiway@hiwayflyer.com

Be the first to review “The Long Road Home”