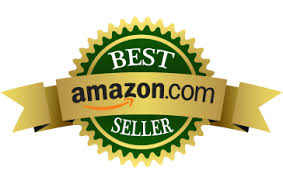 From the Foreword by Graham Hancock:

“There have always been misgivings about the view of prehistory promoted by mainstream archaeologists; there has always been dissent and a feeling that something important is absent from the picture. However, it was not until the early 1990’s that strong and compelling evidence began to be put forward that gave real substance to the doubts. This evidence focused initially on ancient Egypt and drew on the hard sciences of astronomy and geology to raise uncomfortable questions about the age of the Great Sphinx of Giza, the ultimate emblem and symbol of the high civilization of the Nile Valley….

Imagine my surprise, therefore, when Manu’s book…turned out to be the first substantial and significant addition to human knowledge concerning the Sphinx since the breakthroughs of 1990’s.

I’m not going to foreshadow at any great length the labyrinths of evidence, argument and erudition in this book… I’ll not say more here except to add that Manu is a gifted and determined researcher, who left no stone unturned in the investigation that led to Under the Sphinx. You will find yourself in the safe hands of a brilliant historical detective as he builds his very intriguing case.”

From Robert Bauval, co-author of The Message of the Sphinx (1996):

“Meticulously researched, scholarly, and very convincing, UNDER THE SPHINX is an exciting investigation into the possible existence of the legendary Hall of Records at Giza. Seyfzadeh may indeed have found the key to unravel this great mystery of antiquity by using a new approach that will rouse much attention and the interest his work deserves.”

LISTEN to Coast to Coast AM interview here: https://tinyurl.com/yzsatzlw