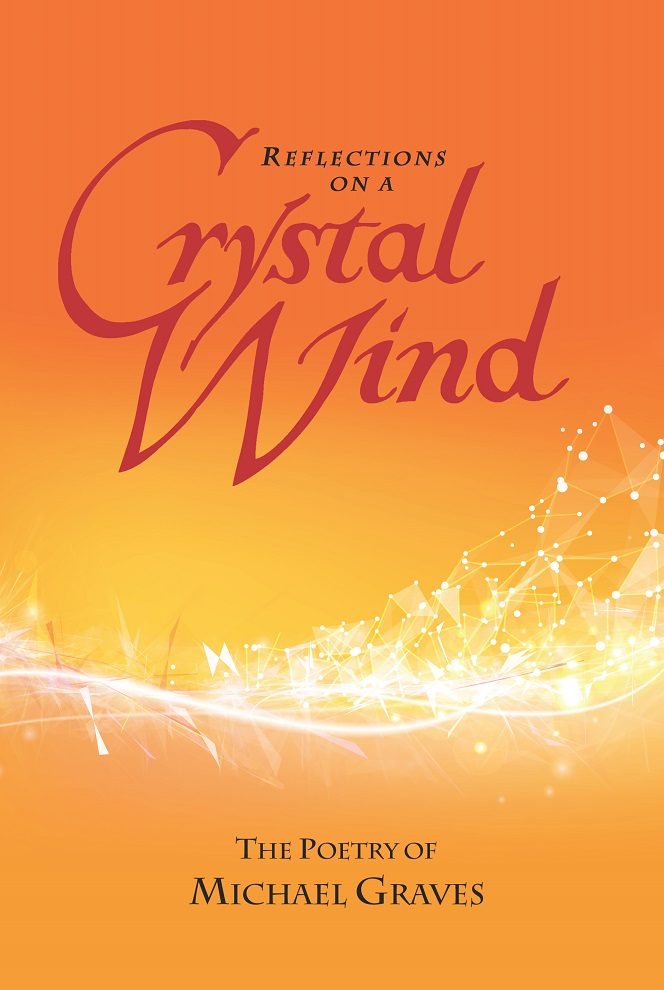 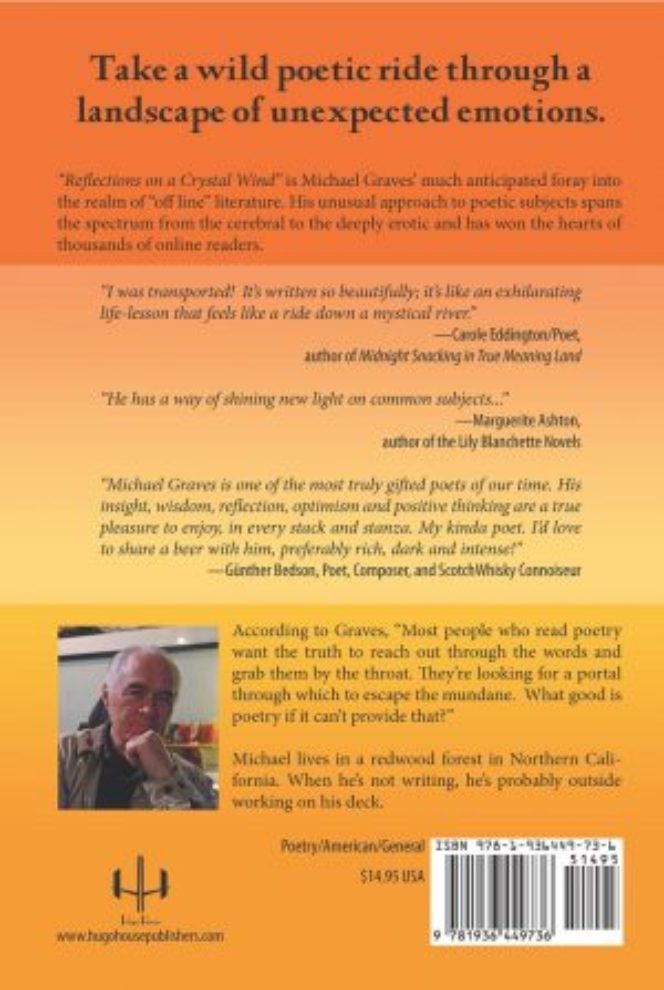 Reflections on a Crystal Wind

Take a wild poetic ride through a landscape of unexpected emotions.

Graves writes from a sometimes gritty metaphysical point of view which evokes the resilience of the human spirit. “Many poets weight the reader with their feelings regarding the futility of the human condition. I've chosen not to do that. My poetry speaks to the potential of the human spirit and its ability to prevail in the face of adversity. My aim is to lift my readers, not burden them. I've have been told on more than one occasion that the affirmative nature of one or another of my pieces has saved a life.”

“As a beginning poet, I started writing poetry in self defense in high school in order to stay awake and survive a math class,” Graves says.

“It wasn't until I took a poetry class with James Doyle in the mid-1970's at the University of Northern Colorado, that I began to understand quality as it relates to poetry. Among other things, Jim helped me to see that if I couldn't express an idea in a way that was different than it had been said before, why bother? Around that time I began the process of growing up as a poet. I owe him a lot in that regard.

“Most people who read poetry want the truth to reach out through the words and grab them by the throat. They're looking for a portal through which to escape the mundane. My hope is to provide that for my readers.”

Be the first to review “Reflections on a Crystal Wind”

“I was transported! It’s written so beautifully; it’s like an exhilarating life-lesson that feels like a ride down a mystical river.”
— Carole Eddington/Poet, author of Midnight Snacking in True Meaning Land

“He has a way of shining new light on common subjects...”
— Marguerite Ashton, author of the Lily Blanchette Novels

“Michael Graves is one of the most truly gifted poets of our time. His insight, wisdom, reflection, optimism and positive thinking are a true pleasure to enjoy, in every stack and stanza. My kinda poet. I’d love to share a beer with him, preferably rich, dark and intense!”
— Günther Bedson, Poet, Composer, and ScotchWhisky Connoiseur

Messages in a Bottle