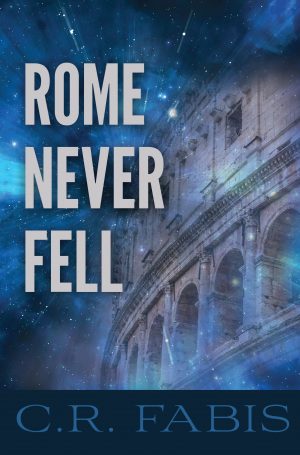 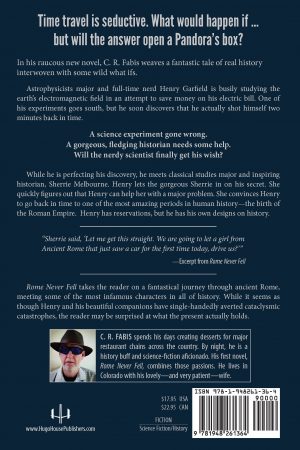 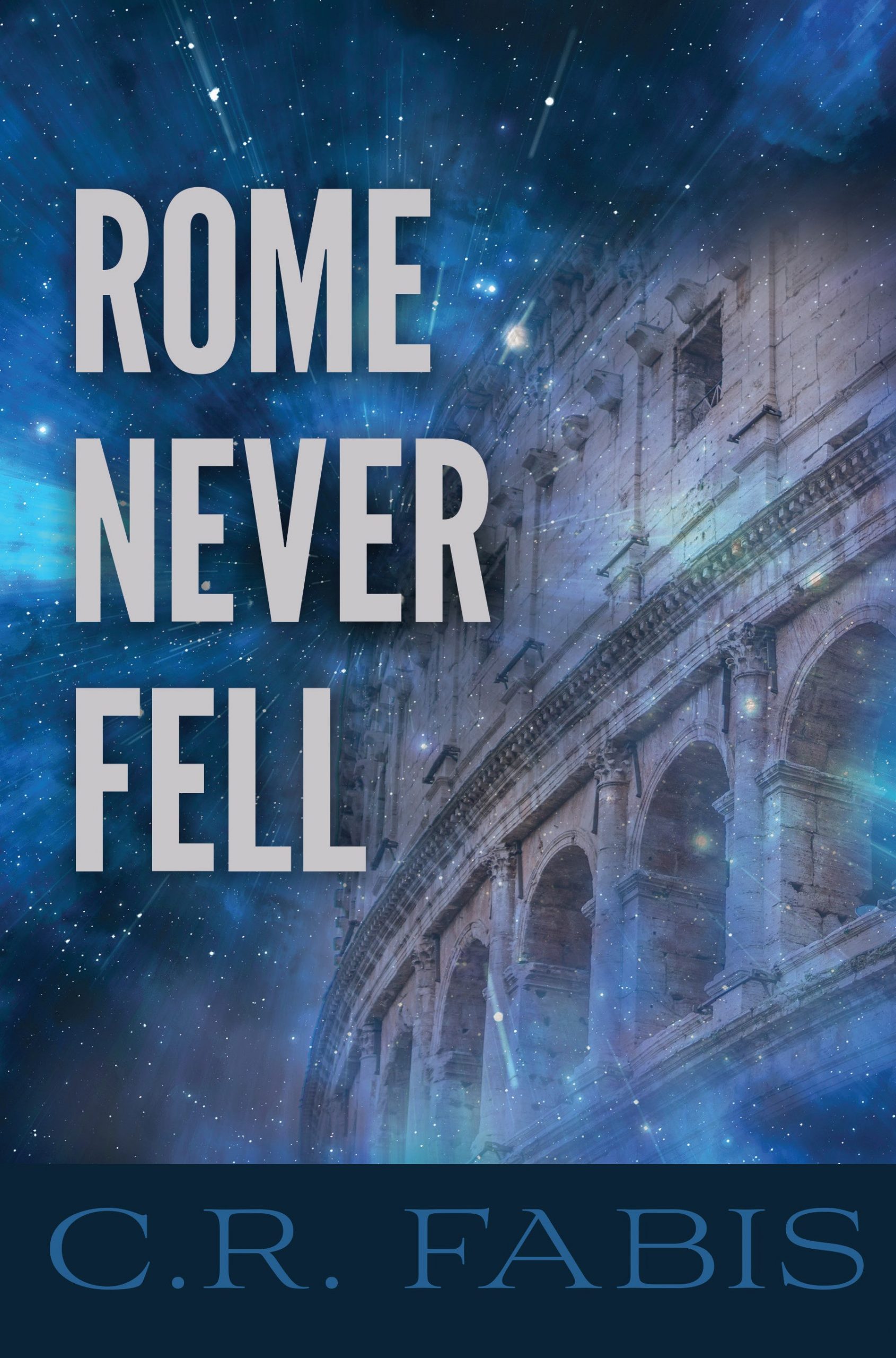 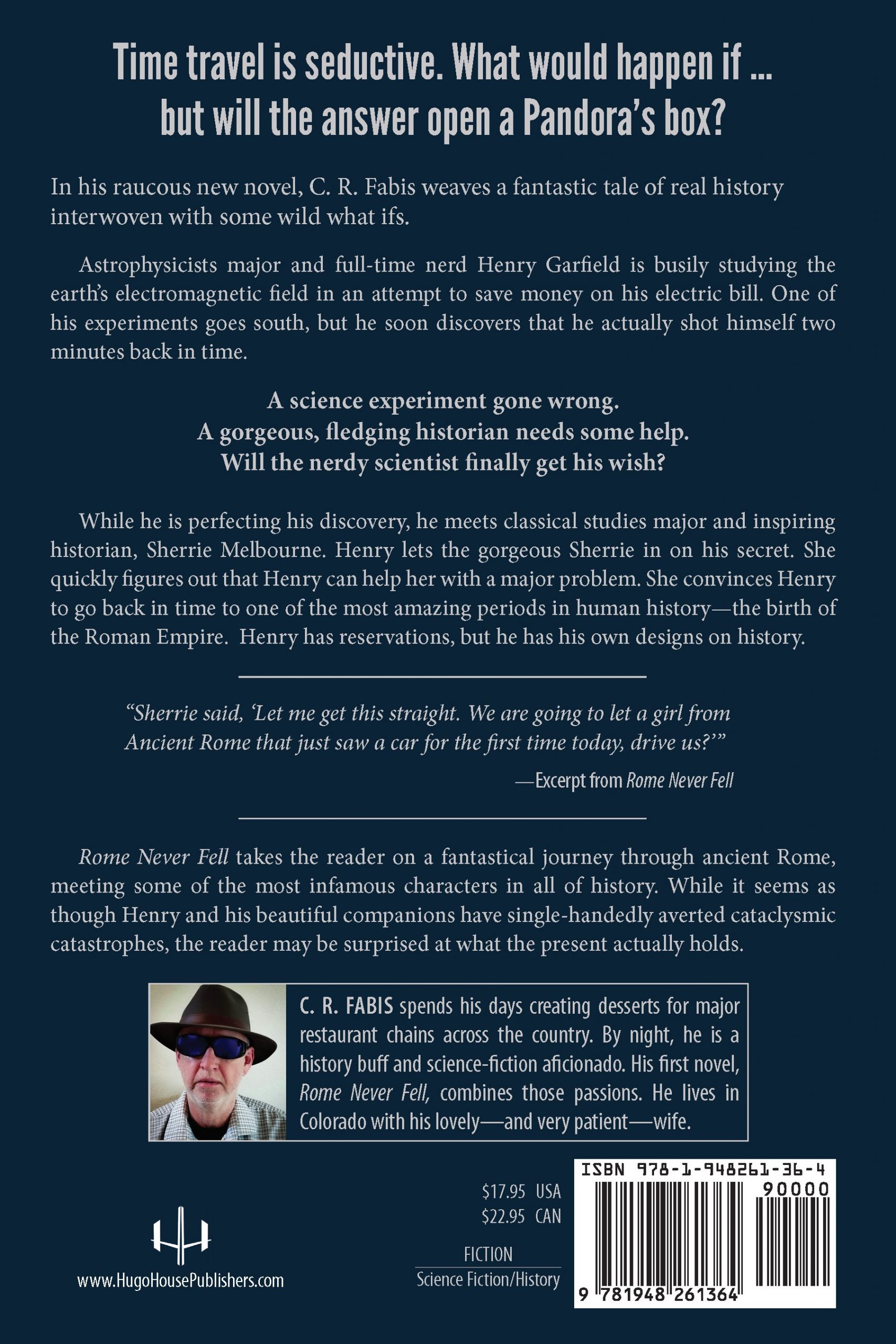 Time travel is seductive. What would happen if …

but will the answer open a Pandora’s box?

“Sherrie said, ‘Let me get this straight. We are going to let a girl from

Ancient Rome that just saw a car for the first time today, drive us?’ ”

In his raucous new novel, C. R. Fabis weaves a fantastic tale of real history interwoven with some wild what ifs.

Astrophysicists major and full-time nerd Henry Gafield is busily studying the earth’s electromagnetic field in an attempt to save money on his electric bill. One of his experiments goes south, but he soon discovers that he actually shot himself two minutes back in time.

-Will the nerdy scientist finally get his wish?

While he is perfecting his discovery, he meets classical studies major and inspiring historian, Sherrie Melbourne. Henry lets the gorgeous Sherrie in on his secret. She quickly figures out that Henry can help her with a major problem. She convinces Henry to go back in time to one of the most amazing periods in human history—the birth of the Roman Empire. Henry has reservations, but he has his own designs on history.

Rome Never Fell takes the reader on a fantastical journey through ancient Rome, meeting some of the most infamous characters in all of history. While it seems as though Henry and his beautiful companions have single-handedly averted cataclysmic catastrophes, the reader may be surprised at what the present actually holds.

C. R. FABIS has spent the last thirty-five years creating desserts for restaurant chains across the country. His creations have been enjoyed by millions of people. The dessert chef also has a keen passion for history and science fiction. He has combined those passions in his first novel Rome Never Fell. Mr. Fabis lives with his wife in beautiful Colorado. They have brought four wonderful children into our world.

Be the first to review “Rome Never Fell” Cancel reply

The Poet, The Professor, and The Redneck: How Men Die, How They Live